When hackers prepare a network attack, they usually start with a network scan to detect running computers and installed software.

LaBrea Tarpit is a Python script written by David Hoelzer that makes the process more difficult. It has two functionalities:

Normally, when a computer receives a packet but there is no application listening on this port, the Operating System will send a RESET packet. This is used by network scanners to detect that a port is closed. To work properly, the target system must be configured to not send these RESET packets. This can be achieved using iptables:

This first screenshot shows a standard scan with nmap. The full machine scan is quite accurate and takes 4 seconds. 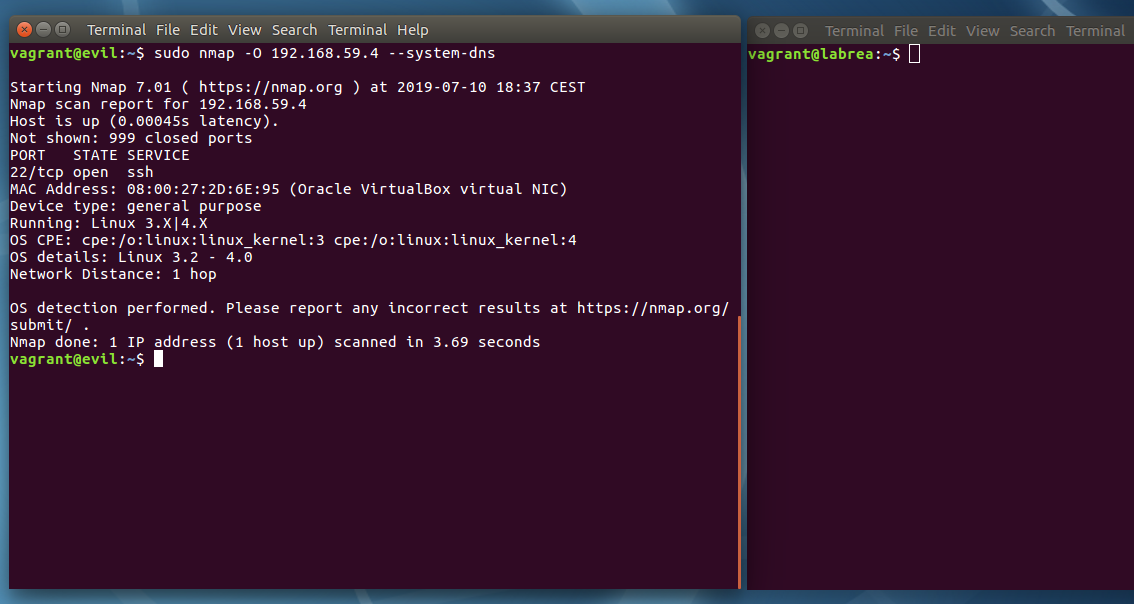 Now we run the same scan, with LaBrea activated. This time the scan is very inaccurate and takes 80 seconds. Hence a 20 fold slow down... 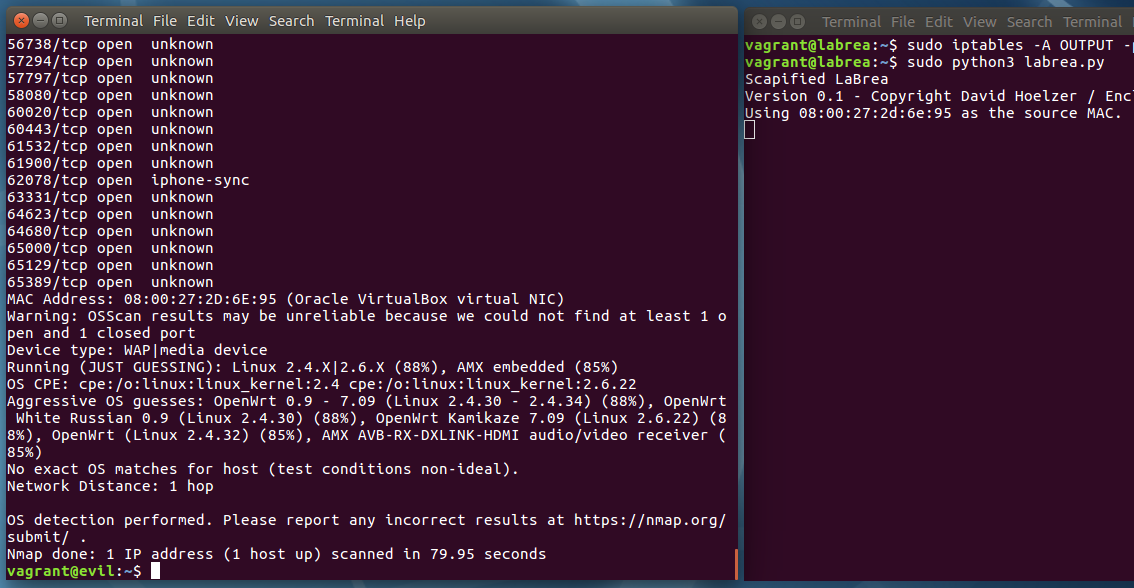 To be more effectif in a real deployment, the computer running LaBrea could be connected to the "copy port" of a switch, and it should be configured to respond to SYN packets sent to any unused IP address. 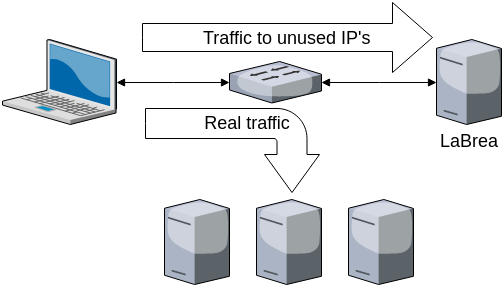