How good is ChatGPT, the new conversational model of OpenAI?

ChatGPT is a state-of-the-art natural language processing (NLP) model developed by OpenAI. It is specifically designed for conversational language generation, which means it can produce human-like text responses to input messages.

What makes it different from other language models?

One of the main differences of ChatGPT compared to other language models is its ability to generate coherent and fluent responses in the context of a conversation. This is achieved through fine-tuning the model on large amounts of conversational data, which allows it to capture the nuances and variations of natural language.

Why is it useful?

ChatGPT can be used in a wide range of applications, from chatbots and virtual assistants to language translation and content generation. Its ability to produce human-like text responses makes it a valuable tool for improving the naturalness and usability of NLP systems.

Overview of the model architecture

ChatGPT is based on the Transformer architecture, which is a type of deep neural network used for natural language processing tasks. The model has a large number of parameters and is trained on a massive amount of data to learn the patterns and structures of natural language.

Examples of applications and use cases

ChatGPT can be used in a variety of applications, including:

Comparison with other language models

ChatGPT has been shown to perform well on a variety of benchmarks and has achieved state-of-the-art results on many tasks. In comparison to other language models, such as GPT-3 and BERT, ChatGPT has demonstrated strong performance in terms of generating coherent and fluent text responses in a conversational context.

Despite its impressive performance, ChatGPT, like all language models, has some limitations and potential areas for improvement. For example, it may sometimes produce responses that are grammatically incorrect or semantically illogical, especially in more complex or out-of-domain situations. Future research and development may focus on improving the model's ability to handle such cases.

Future developments and applications of ChatGPT

As a powerful and flexible tool for natural language processing, ChatGPT has many potential applications and areas for future development. Some possible directions for future research include:

Overall, ChatGPT is an exciting and promising development in the field of natural language processing, and it has the potential to open up new possibilities for human-computer interaction and communication.

Until this section, all the article was written by ChatGPT. Next, the different screenshots of what we asked to produce this result! What do you think?

Don't hesitate to try it yourself: https://chat.openai.com 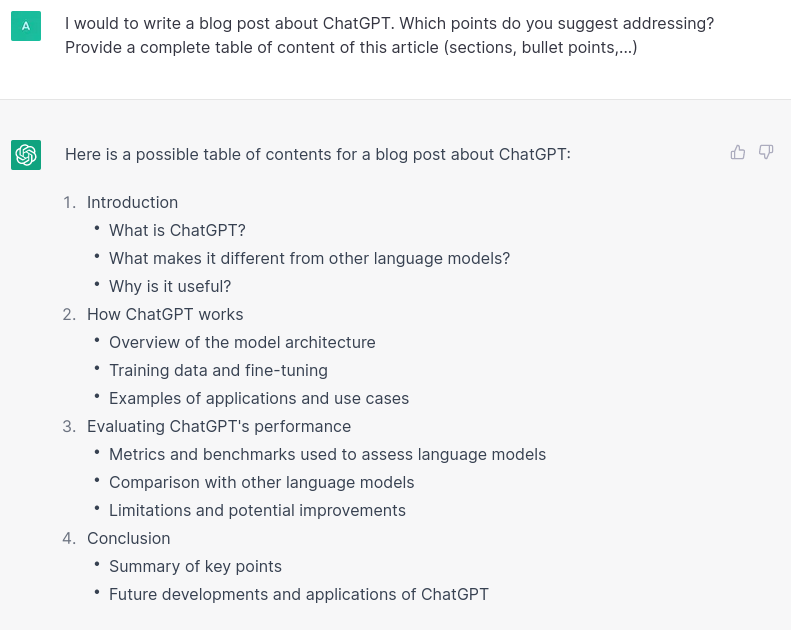 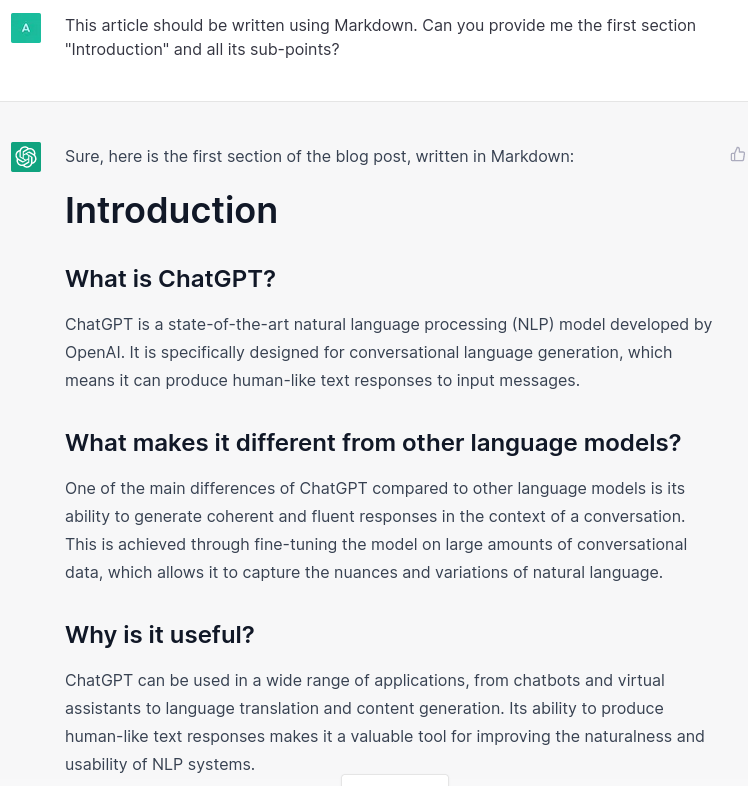 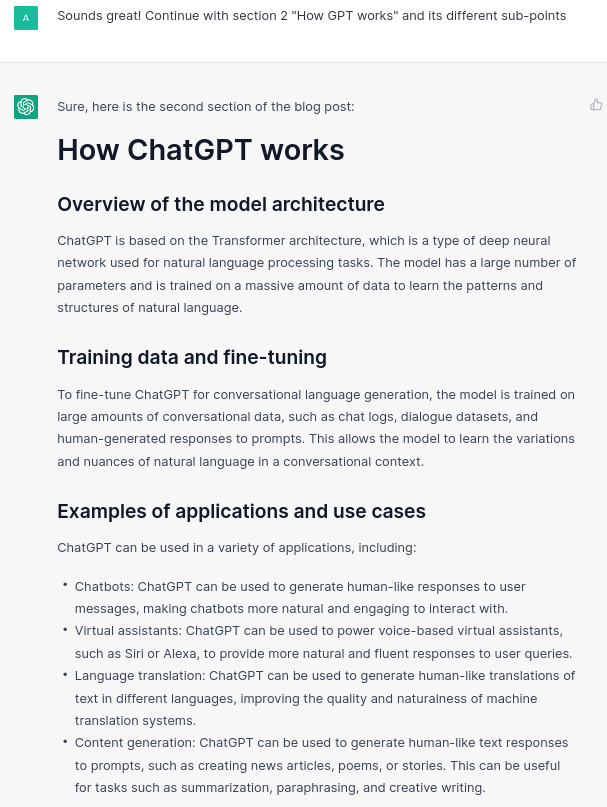 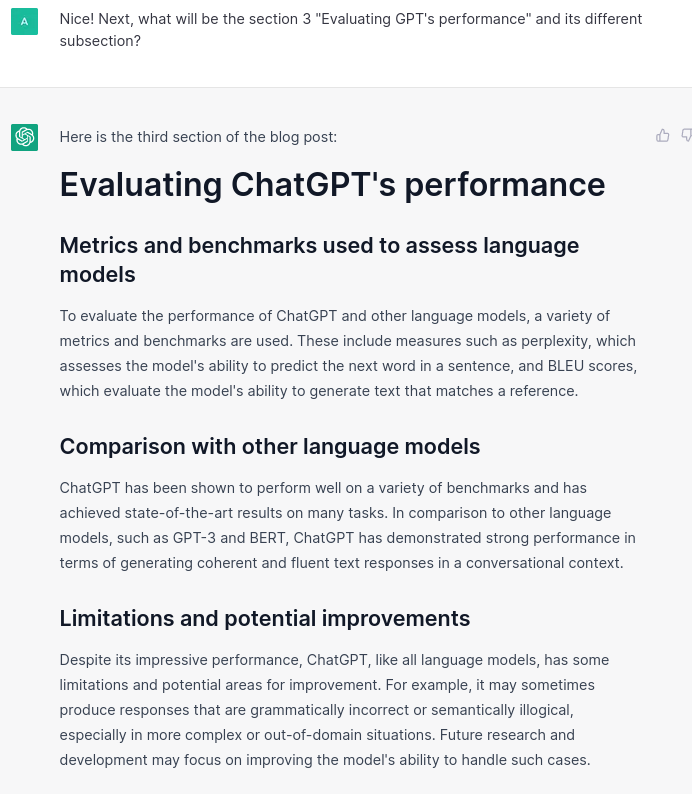