These last few years everyone everywhere went crazy about cryptocurrencies and more in particular about Bitcoin. The value of the star cryptocurrency did indeed sky-rocket in December 2017 to 19.783$, a 1824% increase in less than a year [2]. However, even though everybody has probably heard about this digital currency, it's likely that very few understand the fascinating technology behind it called blockchain. 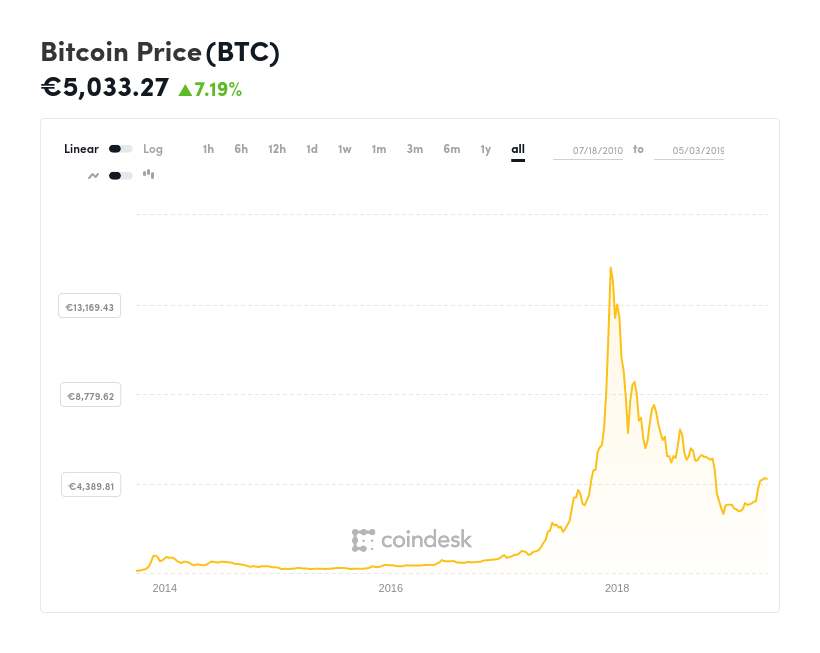 A blockchain is a growing list of records, called blocks, which are linked using cryptography: each block contains a cryptographic hash of the previous block, a timestamp, and additional data regarding transactions. A blockchain system is typically implemented on top of a peer-to-peer network such that participating computers can synchronize clocks and exchange and validate new blocks.

Once recorded and transmitted over the network, the data (transactions) contained in a new block cannot be altered as this would require to modify all subsequent blocks in at least half of the participating computers. This makes blockchain is generally described as "an open, distributed ledger that can record transactions between parties efficiently and in a verifiable and permanent way" [7]. This is a real paradigm shift compared to the way many current systems are built, where a central authority is considered as the sole source of truth.

Multiple applications have already been proposed for blockchain, both related to Internet technologies or not, like namecoin [8], a decentralized and secured DNS system, Vote coin [9] a voting system based on blockchain technology, a secure messaging system for the battlefield [10], a healthcare records tracking system [11] etc. However, except for cryptocurrencies, there is currently no widespread application of blockchain.

Blockchain is currently also the subject of two main criticisms. First, some researchers question the energy efficiency of blockchains [12] as computing the new blocks requires a tremendous amount of computation. Second, multiple researchers wonder whether the benefits of blockchain add value above existing technologies [3].