For this tutorial we will start with a very simple Laravel app that has no database, or that uses a sqlite database located in the storage directory. The main goal is to show you the main pitfalls to keep in mind when dockerizing a Laravel application.

Before you can create your Docker image, you first have to get your app ready for deployment. This step is actually not trivial. In a nutshell, it means you have to :

The main objective when dockerizing an application is to keep the image as small as possible. Hence you should not run these steps in your Docker container! You have two options to prepare your app:

So, for this blog post we assume you used your host system to prepare your app, which is now ready for deployment. To build the Docker image you need to create a filed called Dockerfile describing the steps required to build your image.

Here is a typical example:

Now you can build the image with

You can now run a new container with

This will create a new container from your image, and map the port 8080 on your host to port 80 of the container (on which Apache is listening for incoming connections).

There are two subtleties in our Dockerfile that have to do with writable directories. Laravel has to write files in the storage directory and in the boostrap/cache directory. This has two consequences.

First, these directories must be writable by the Apache web server. This is why we added the line RUN chown -R www-data:www-data /var/www/html/storage /var/www/html/bootstrap/cache

Second, Docker uses UnionFS to reduce the size of each image and container. An image does not contain a full filesystem. It only creates a few layers that keep the modifications (files modified or added) compared to the "base image" that you use (php:7.4-apache in our example). In the same way, a running container simply adds another layer on top of the image layers, to save the files that are created or modified by the running container. This drastically reduces the required disk space, but comes with a performance price.

Hence directories that will contain modifications should be marked as volumes. These directories will automatically be mounted by docker from the host filesystem. So when Laravel writes logs and files, they are actually written to the host system, which is much faster... 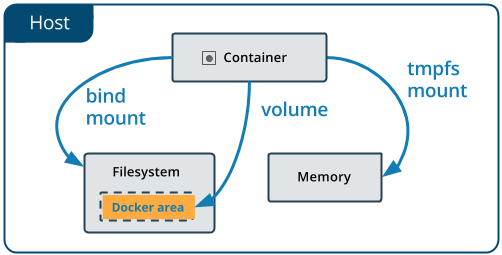 Finally, to further reduce the size of your Docker image, you should create a filed called .dockerignore that lists all files and directories that should not be included in the image. This includes node_modules (because you already compiled your js and css files) etc. Here is a typical example:

With recent events on Twitter, the micro-blogging network Mastodon has gained a lot of interest. Unlike Twitter, Mastodon is free and open-source software. Moreover, Mastodon uses a decentralized approach: the Mastodon network is composed of multiple instances managed by different suppliers, each with its own code of conduct, terms of service, privacy policy, privacy options, and moderation policies. If you want to support the network, here is how you can add 'Share on Mastodon' icons on your website.
Dec 18, 2022 | 544 views

2-factor authentication is an important protection for a web application. In this blog post we see how Time based One Time Password (TOTP) authentication works, and how it can be implemented in a Laravel application...
Oct 23, 2022 | 792 views

Laravel is a powerful framework, that offers all functionalities required to implement file upload, validation and storage. Here is a complete and concrete example.
Jun 17, 2022 | 3965 views