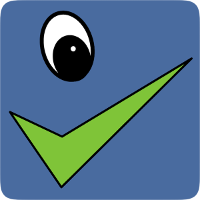 Static code analysis tries to detect bugs by analyzing the source code of a program, without actually running it. At the opposite of PHPUnit, you don't need to write tests for your app.

In my opinion, static code analysis is particularly useful for an interpreted language like PHP, as it allows to detect "compile" errors in edge cases that are not covered by a unit test.

In the example below, PHPStan will immediately detect the missing \ in front of Exception(...). With PHPUnit this would require an additional test to cover this single line of code:

PHPStan is best installed with composer:

You can run PHPStan directly from the command line, by using the command analyze and listing the directories to process:

However, it's easier to create a configuration file called phpstan.neon so you can omit the list of directories:

The configuration file uses neon syntax, which is actually very similar to YAML.

As you can see in the configuration file, PHPStan has a configurable level for the analysis. In a nutshell, here is what each level will check:

The complete list of tests for each level is available on the GitHub page of PHPStan.

To run phpstan at each push to GitLab, simply add this job to your .gitlab-ci.yml:

It is also possible to run additional rules in PHPStan. For example, to check for deprecated classes and methods, simply install the appropriate package:

Then add the rules to the includes section of your phpstan.neon:

Learn how to secure any project with the GitLab SAST analyzers and easily separate the false positives from the real threats that should be addressed before deploying the project.
Oct 28, 2021 | 1087 views

Did you know that mysqldump can create inconsistent backups if you do not use database transactions in Laravel? Let's discover that issue and address it in order to avoid it. After setting up and running locally a Laravel project that will serve as a demo for that specific issue, we will observe the necessity of using transactions and how to implement them. We'll also discover many more tips while trying to understand what happens under the MySQL hood.
Oct 27, 2021 | 382 views

PHP Code Sniffer is a great tool to make sure your code is nicely written. Next to the default rules, you can also install and use additional rules (sniffs) to further enhance your code. Is here how to use PHPCS to detect (and remove) all unnecessary 'use' statements in your code.
Aug 26, 2021 | 1019 views