Now that you have a running MARk server, with data flowing in, you can use the provided algorithms to build your detection chain.

For this blog post you first need to install MARk and create a data injector, as described in Getting started with MARk : create a PHP data injector

Once your MARk server is started, you should see a new directory called modules. This directory is mapped by docker-compose to the corresponding directory inside the MARk container. It contains the yaml files that describe the different detectors. For now it is empty.

Inside this modules directory, create a first file called counter.detection.yml with following content:

Now, on the web interface, head back to the Status page and click the 'Reload' button. 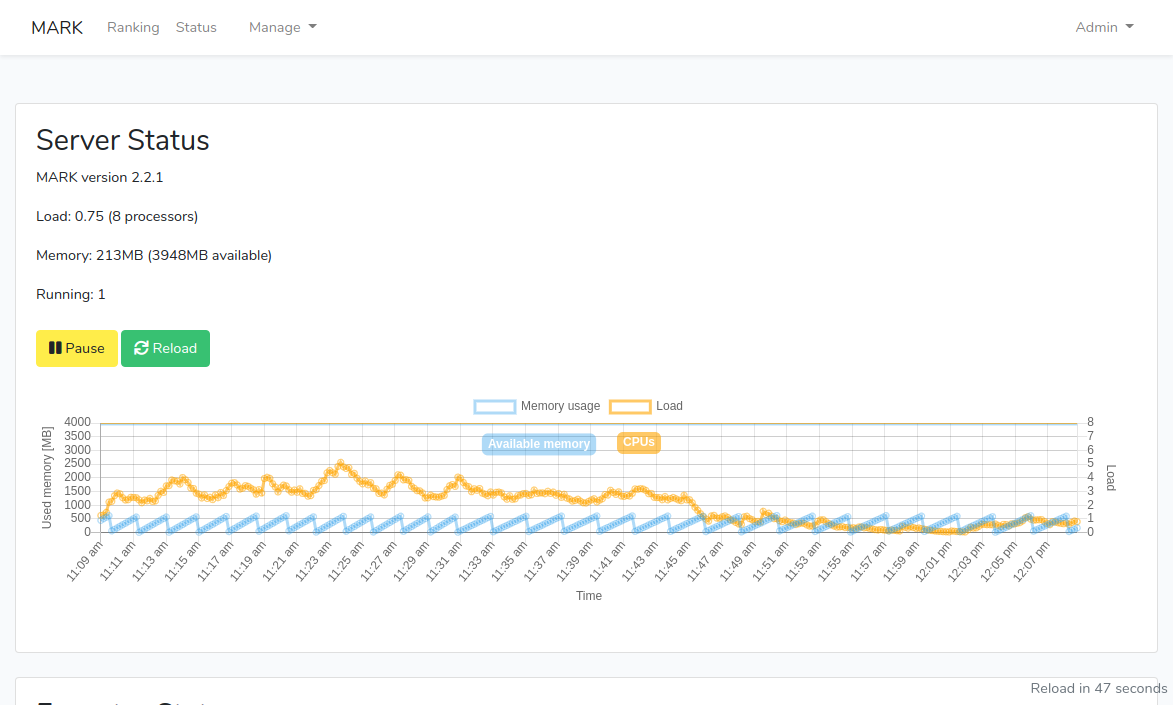 MARk will reload the modules directory, and execute the detection algorithm as requested. You can see your detector appear on the 'Ranking' page. 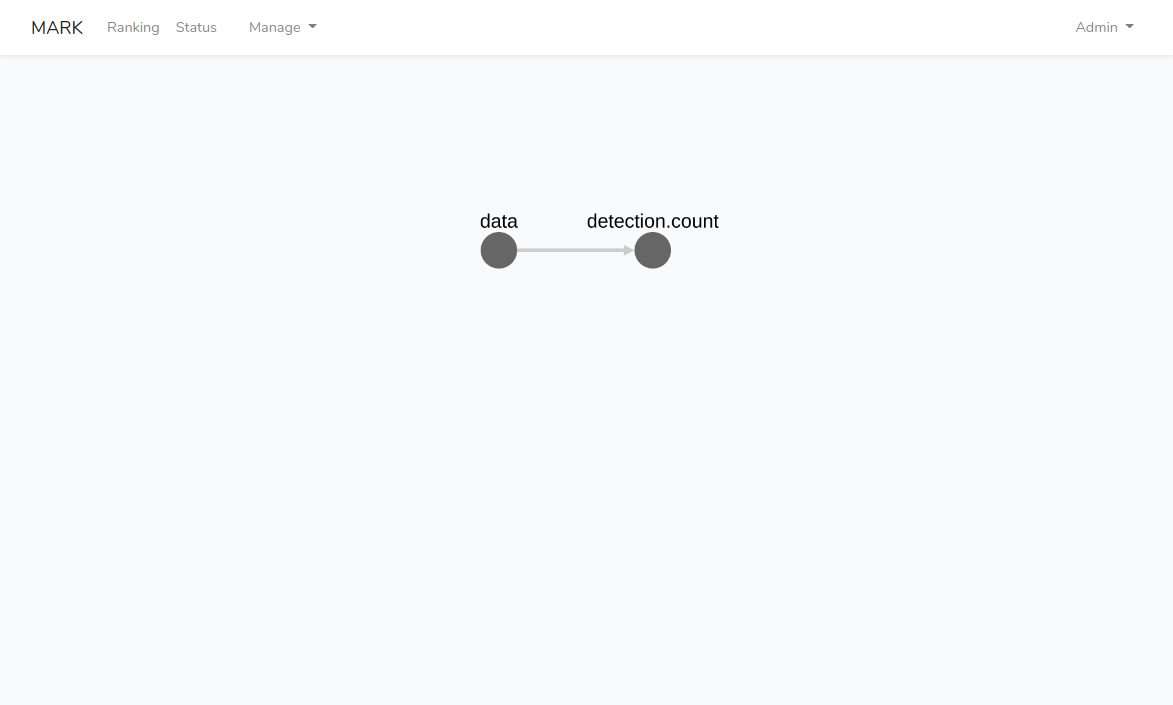 And if you click on the detection.count detector, it will display the ranking produced by this detector. 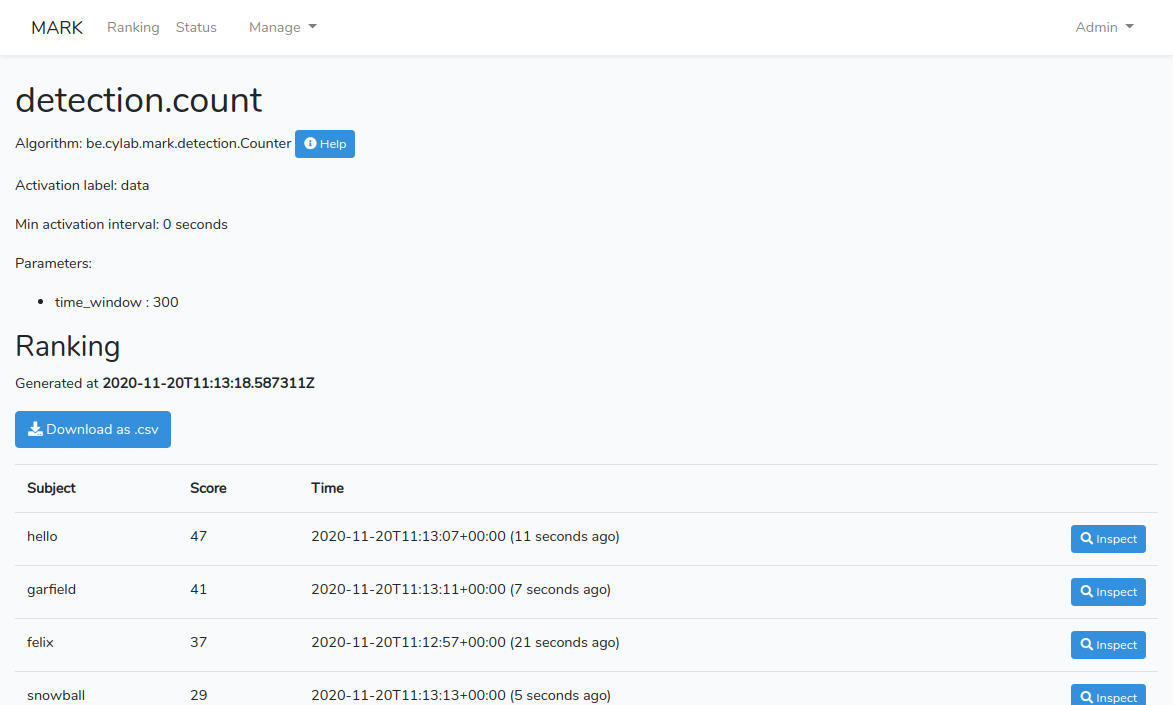 Most detectors also accept optional parameters, like time_window. For Counter.java, the default time_window is 3600 seconds (1h). Let's add another detector, with a custom time_window of 300 seconds (5 minutes). Therefore we add a new detection configuration, called counter.5m.detection.yml :

For this detector we use the same trigger_label, but we must indicate a different label for the produced scores.

Once again, we click on 'Reload', and the new detector should appear. 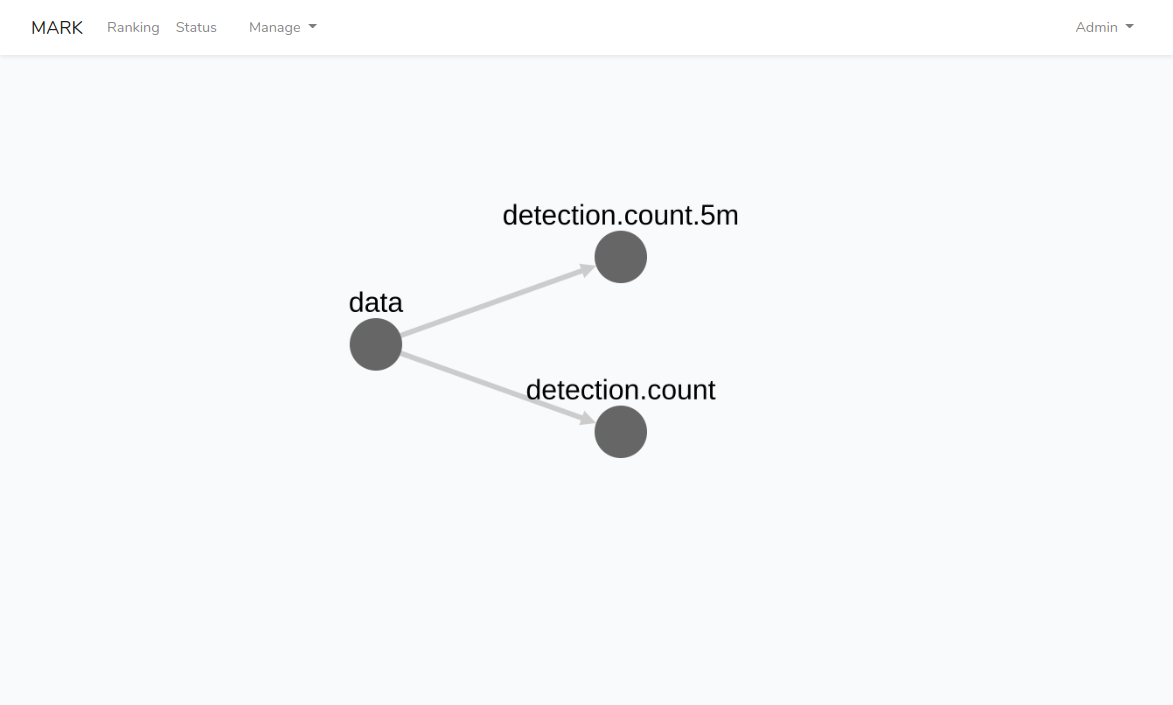 And so on, by adding definition files, we can add more detectors. At the time of writing, there are 8 available algorithms:

You can find the most up-to-date list of buil-in detectors and the documentation of each detector on the GitLab project itself: https://gitlab.cylab.be/cylab/mark/-/tree/master/server/src/main/java/be/cylab/mark/detection

Detecting suspicious or malicious activity in a network is not a trivial task. In recent years the attacks perpetrated have grown in sophistication and frequency. For this reason a new detection tool was developed, in the form of the Multi Agent Ranking framework (MARk). MARk sets the groundwork for the implementation of large scale detection and ranking systems through the implementation of a distributed storage in conjuncture with highly specialized, stand-alone detector agents. The detector agents are responsible for analyzing specific predefined characteristics and producing a report of any suspicious activity encountered.
Nov 16, 2021 | 827 views

Since version 2.6.0, the Multi-Agent Ranking framework (MARk) offers the possibility to integrate images and other files in the reports generated by your detectors. Here is how...
Aug 25, 2021 | 680 views

The Multi-Agent Ranking framework (MARk) allows to quickly build ranking and detection systems by combing building blocks. In this blog post, we show how to use the file data source to inject data into the system...
Jul 15, 2021 | 1031 views
This website uses cookies. More information about the use of cookies is available in the cookies policy.
Accept